What’s happening at FFT and in the world of education. 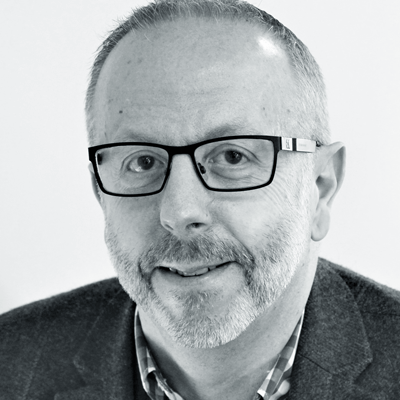 Well, it’s just a few short weeks into the Autumn term and already we’ve had multiple national data releases, clarification on the new coasting measures and an announcement of further consultations on primary school testing.

So, nothing new in the world of education then!

Stop press: It now appears that the Government has dropped plans to implement the current Education Bill which, amongst a range of new measures, originally included plans to ‘academise’ all schools by 2020. A link to the written ministerial statement is included in the education news section below.

On a serious (and positive) note, I’m extremely pleased to say that this year, we managed to release our 2016 Primary KS2 dashboards by mid-September. This was 2 weeks ahead of our own schedule and 6 weeks ahead of RAISEonline.

Most importantly it means that schools have been able to start evaluating their attainment and progress performance in a life after levels much earlier than in previous years.

Record numbers of schools accessing their FFT Aspire data – over twice as many as this time last year.

What was also pleasing was the record numbers of schools accessing their FFT aspire data – over twice as many as this time last year. Feedback has also been overwhelmingly positive, particularly on our comparative analysis of previous years’ results which I know some LAs were rightly concerned about following this year’s summer partner
meetings.

Well we’re currently in the middle of our Primary ‘Life Beyond Levels’ roadshow events, seeing over xx schools across the country and we’ll also be releasing KS4 and KS5 dashboards over the coming weeks.

Talking to LAs and schools this term, I know it’s also be an incredibly busy time dealing with the many changes taking
place as well as the ‘day job’. If you haven’t done so already, please do take us up on the offer we made in summer to provide free online and telephone support to your schools using Aspire.

Finally, we’re holding our next event for LAs – the launch of Aspire Analytics – in xx. Many of you have already signedup for this event but there’s still a few places available.

All change for the Autumn

As mentioned above, 2016 KS1 and KS2 data, including new scaled scores and expected/high standards, are now available for all LAs and schools. As expected, this year’s results have thrown up some interesting issues and challenges, not least the Reading and Writing results where we have seen some significant variation across both schools and LAs. If you haven’t done so already, it’s well worth looking at the attainment and progress results for your LA by logging in to Aspire.

As well as the release of 2016 data, the latest version of Aspire now includes:

Progress 8 – was it worth the wait?

Well after 3 years of waiting, we finally have published Progress 8 results for all schools. Some have called it the ‘least worst measure’, others have acclaimed it as being the right way to judge the impact of schools’ effectiveness in a system of variable intakes.

Datalab have been quick to publish some interesting and detailed observations from the data – low uptake of languages (or should that be lack of opportunity to study) holding back EBacc; why do pupils with lower prior attainment do better in English than maths and what Progress 8 tells us about how the curriculum has changed?

The full set of secondary school analysis can be found in the ‘exams and assessment’ section of the Datalab website. DataLab articles are generally published on weekly basis, particularly in response to major policy changes, projects, media stories or data releases. Recent blogs include:

Building a school system that works for everyone

Recent (and very important) articles and posts you may have missed that impact directly on LAs and schools:

This website uses cookies to improve your experience while you navigate through the website. Out of these cookies, the cookies that are categorized as necessary are stored on your browser as they are essential for the working of basic functionalities of the website. We also use third-party cookies that help us analyze and understand how you use this website. These cookies will be stored in your browser only with your consent. You also have the option to opt-out of these cookies. But opting out of some of these cookies may have an effect on your browsing experience.
Necessary Always Enabled
Necessary cookies are absolutely essential for the website to function properly. This category only includes cookies that ensures basic functionalities and security features of the website. These cookies do not store any personal information.
Non-necessary
Any cookies that may not be particularly necessary for the website to function and is used specifically to collect user personal data via analytics, ads, other embedded contents are termed as non-necessary cookies. It is mandatory to procure user consent prior to running these cookies on your website.
SAVE & ACCEPT